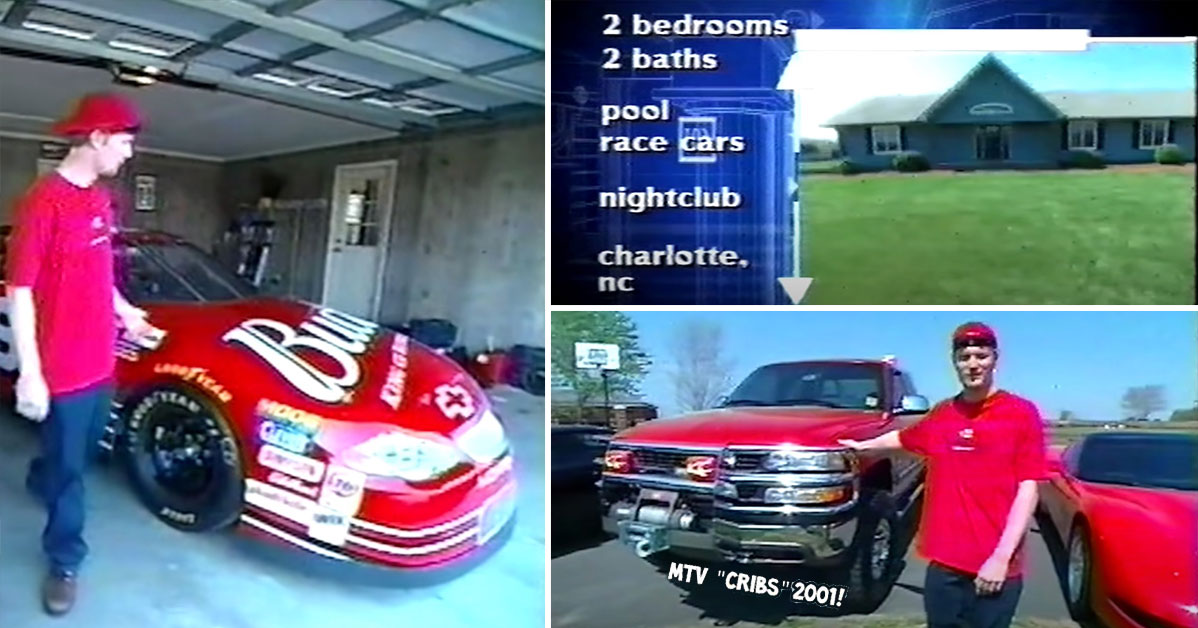 My, oh my, how things were very different in the early 2000s. Sorry if I get a little bit nostalgic here but there’s just something about the turn of the century that really puts me in a good mood. Those who are in their 20s or 30s probably remember coming home from school, flipping on the TV, and finding a fresh episode of something like MTV Cribs or Pimp My Ride to really capture our attention.

Back in those days, a lot of things were different. In fact, it was an era where NASCAR drivers were nothing short of a-list celebrities. Sure, casual fans might be familiar with a driver or two these days. However, back then, NASCAR drivers were at the top of the athlete totem pole. They found their way to things like late-night talk shows.

This time, we check in with a man who was probably the most popular driver at the time, Dale Earnhardt Jr. In this absolute gem from the year 2001, we get to take a trip back in time to see what Junior was spending his money on back in those days. Spoiler alert, when we see the line of brand new cars from the early 2000s, some might get hit with a major sense of nostalgia.

Down in the video below, we get to take a tour of Junior’s property which features everything from all sorts of toys to a full-size nightclub with a full bar.

Admittedly, though, we really find a favorite part of the video in his car collection. As somebody in my late 20s, all of Junior’s cars were pretty much what I aspired to drive at the time. I think that lots of folks around the same age will find themselves feeling that same sense of nostalgia and maybe even remembering what got them into the car community in the first place.