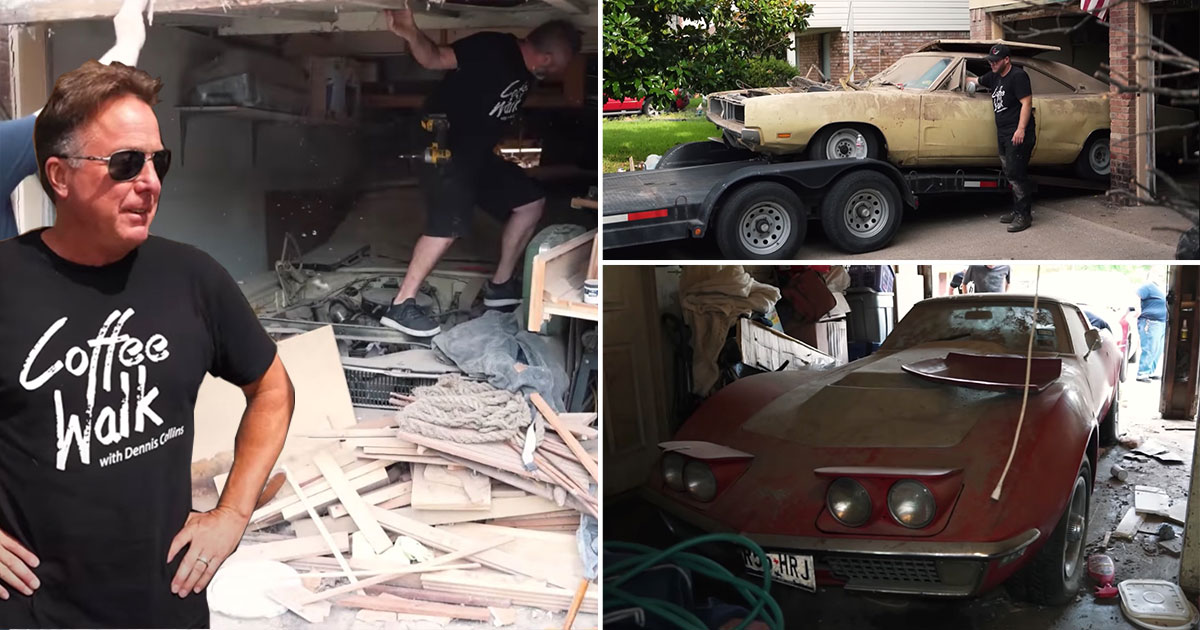 It’s absolutely no secret that hunting for barn finds is a pretty exciting job. When you’re searching around for cars that have been neglected by their owners or forgotten about, you absolutely never know what you’re going to come across. While many of these finds are in complete need of restoration as they have rotted into the ground, sometimes, there are diamonds to be found in the rough.

While many of these cars need to be fully restored, there are others that are survivors that maybe just need a little bit of fixing up without going through the full restoration process. This is exciting not only because the car is pretty close to completion upon buying it but the machine gets to retain some of its lusters that it came with off of the assembly line. There is an absolute premium on original cars for just this reason.

This time, we ride along with Dennis Collins as he takes us on another episode of Coffee Walk where he comes across a couple of cars that have been sitting in a garage for quite some time. It seems like the star of the show in this one is a 1969 Dodge Charger that has been in the garage since 1979. One family has owned the car since new and the fact that it has been sitting inside for so long leads us to believe that it’s potentially in pretty good shape.

The other part of the story is a 1971 Chevrolet Corvette. This belongs to another family member. The deal was actually pretty interesting as both owners of each car had agreed that they would either get rid of their machines in unison or neither one would sell.

Down in the video below, we tune in to see exactly what condition these cars are in as they have been sitting for so long and what kind of deal Dennis can come up with.

« The Titanic Might Just Have Sister a Ship Coming Soon (Titanic 2!)