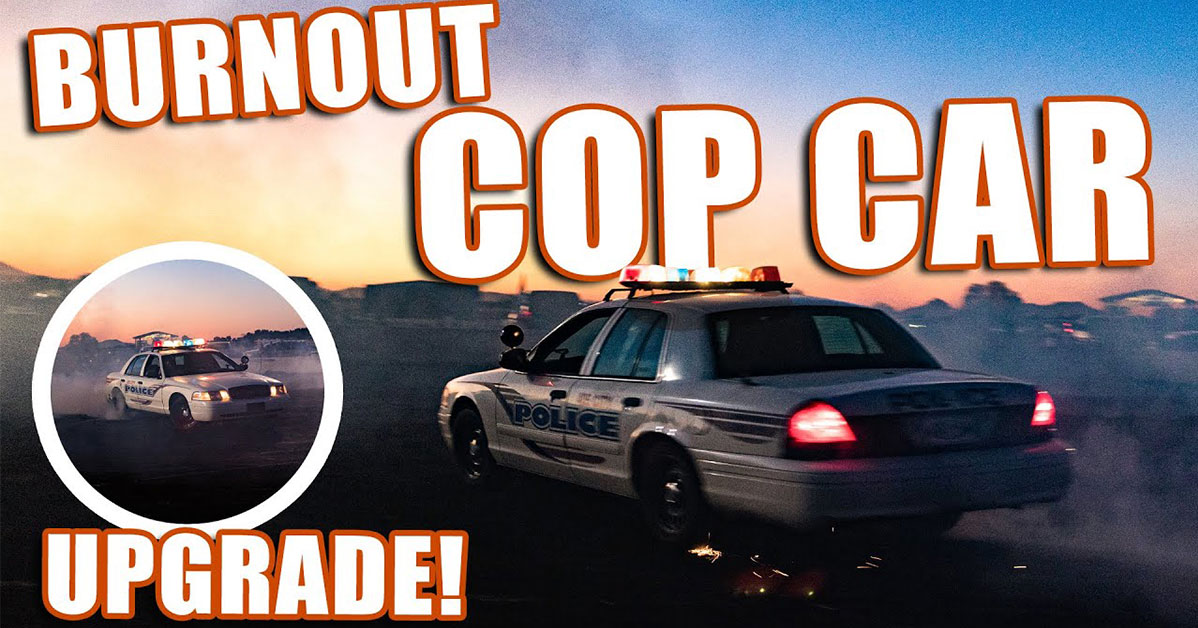 When we approach Farmtruck and AZN’s garage, it’s best to do it with an open mind because we absolutely never know what we’re going to find. One week, they might be building some sort of super sleeper, perhaps a prison bus that was made to go fast. The next week, they’re building a hearse that’s designed to do burnouts or a boat that looks like a truck.

Long story short, if you had an expectation about what you were going to find at the team FNA garage, you’re probably wrong.

In any case, it looks like Farmtruck and AZN are up to even more shenanigans this time around. For those of been following along, they might have noticed that the dynamic duo has gotten their hands on a police car that they plan to build into something else entirely. This police car even managed to get them in a little bit of trouble with the real police as we saw in this video.

This time, though, we check-in as the Ford Crown Victoria gets a little bit more love. The machine is being beefed up a little bit with the help of a rear-end swap and a couple of other modifications that are going to help this thing stand up to the abuse a little bit more. After all, what fun is a burnout machine that’s going to break down once those tires break loose?

By following along with the video below, we get the up close and personal to check in with this epic police car as it makes its paces to becoming a bona fide monster. It’ll be interesting to watch this one progress and turn into something that is bound to be incredibly special as these guys are synonymous with building rides that are nothing short of head turners.

« This $17.5 Million Estate, Complete With a Race Track, is the ABSOLUTE Car Enthusiast Dream Home