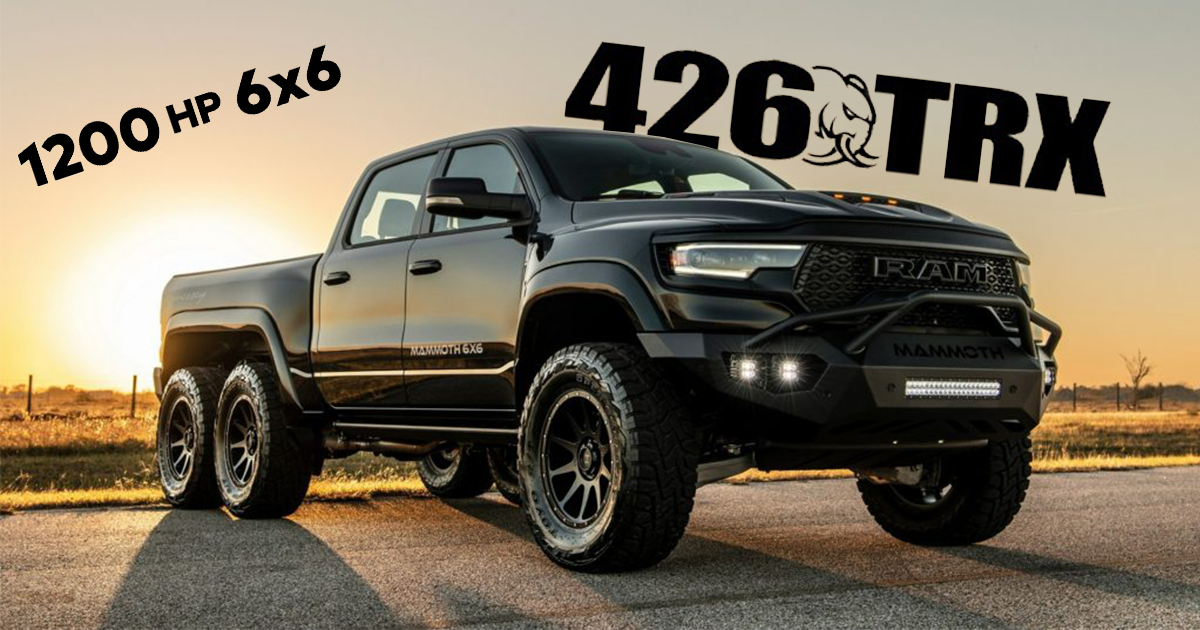 When Ram decided that it was going to drop a high-performance pickup truck with the TRX, it also decided that they were going to get the job done right the first time. There would be no playing of games as the company added its most powerful engine under its umbrella of performance parts, stacking the truck with just over 700 hp alongside a variety of off-road performance goodies as well. In other words, this was a build that the vast majority of vehicle shoppers would look at with complete awe, imagining that it creates more horsepower than they could ever want or need.

However, here in the performance community, we have a tendency of thinking just a little bit differently. Sure, we were nothing short of floored when we heard the initial details of the Ram TRX that dropped. However, quickly after these things began to hit the streets, our minds turned to contemplate exactly how the aftermarket would take care of such applications and modify them to become even more potent.

The folks over at Hennessey Performance had decided that they wanted to get into the TRX market themselves, offering up a couple of incredible packages. This time, we check in with the monster that they call the Mammoth 6×6.

The idea was to take the already impressive TRX and make it even grander. They would do that by stretching out the truck to include an extra axle with two more wheels. The company would also take what was under the hood and upgrade it, abandoning that 702 hp application and replacing it with a monster that would carry their package all the way to 1200 hp. This was accomplished by utilizing Dodge’s turn-key Engine swap package known as the “Hellephant.”

By following along with the video below, we get to see exactly what a four-digit horsepower 6×6 pickup truck looks like during the final shakedown. When someone lays eyes on a truck this massive, we’re not sure if they really expect it to move that quickly but the “Mammoth 1200” seems to be one to defy all expectations.

« Hurricane Ian Boats, Here’s What Happens To Them