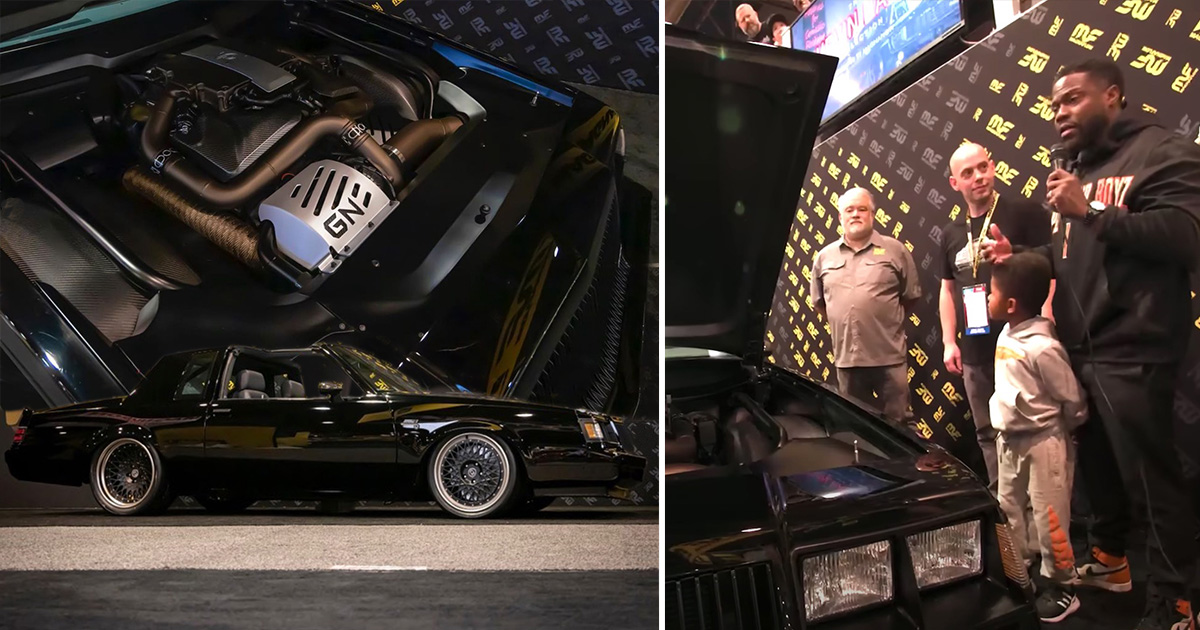 Kevin Hart is well known around the car community as one enthusiast who really has an impressive eye for a great hot rod. The entertainer and entrepreneur aren’t just one of those so-called celebrity car enthusiasts who just es out and buys whatever the people in Hollywood think is cool. Hart really seems to know what he’s talking about around the world of wheels as he has had some pretty impressive machines built to add to the stable. His “Michael Myers” Roadrunner is a machine that is truly a sight for sore eyes.

This time, though, we check in at the annual SEMA show to watch the unveiling of the latest member of his collection.

The machine this time is none other than a 1987 Buick Grand National. Again, this is a car that most casual car fans probably wouldn’t notice if it drove down the street. However, Hart decided that he wanted to add one of these things to his collection to go alongside his Buick GNX which he says it’s like a work of art that he will be leaving in factory stock condition.

In terms of this Grand National, though, like many other members of the collection that it’s now going to, this machine is highly modified. Straight from the get-go when we look at the car, we know that something is up when we see the Corvette ZR1-esque window in the hood that’s showing off a lot of custom work that not only makes this thing perform but makes it incredible to look at once the hood is popped as well.

With the video below, we get to see the unveiling of the Grand National which is now powered with an on-brand V6 pulled from a Cadillac ATS-V that keeps with a turbo six-cylinder theme while beefing things up a little bit. That’s not where it stops, though, as the machine with the Dark Knight theme also features lots of custom features from top to bottom including a ton of carbon fiber, HRE wheels, and tons of slick metalwork under the hood. Check-in with the video from magnaflow to see the full build!