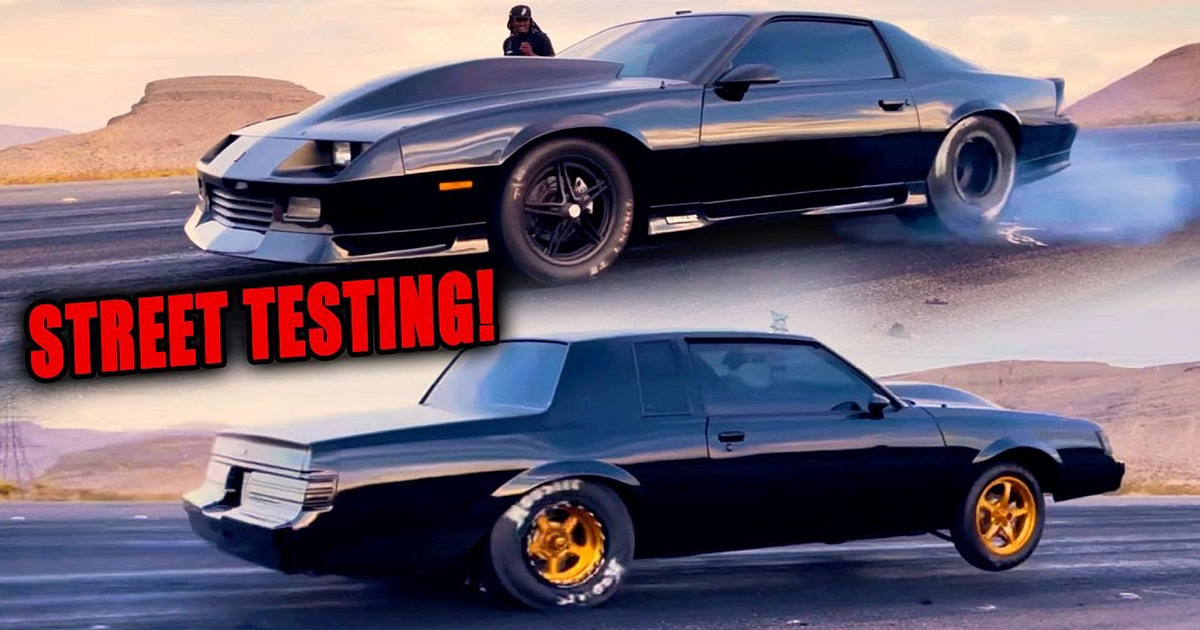 If you’ve ever wondered what it means to be a Street Outlaws competitor, the answer to that question is it means a lot of testing (among other things, of course). Every competitor on the show knows that in order to be on top of their game and truly remain competitive among this rank of an impressive roster, they need to keep their rides in line and squeeze every last bit of speed out of them that might possibly exist.

This isn’t a one-and-done process but instead is a constant evolution as cars get faster and climb to higher plateaus. In this particular case, we take a quick peek inside of the recent testing schedule of Kye Kelley as he heads out to Las Vegas to take part in JJ Da Boss’s Street Outlaws: Fastest in America.

Kelley is bringing not just one or two cars but instead three racing machines out to the desert to see exactly how they stack up.

The list this time includes the new G-Body build known as “Claude Banks” that will compete in Street Outlaws: End Game, his small tire third gen Camaro, and Lizzy Musi’s Camaro street machine that goes by the name of “Norma Jean.”

The goal this time is to get all three cars set up so that they’re able to make strong hits on the street. This means sending them all down a comparable racing surface a number of times to see what kind of data they can gather and how the team can alter things to make the cars work just a little bit better.

Down in the video below, we get to go along for this ride that has a lot of horsepower flying in just about every direction. For those who love a good-sounding symphony of engines, this is the video for you to crank those speakers up!

« More Than Just an Old Truck, Man reunited With Antique Pickup After Having it Stolen Twice