LS Powered Tesla Throws Down on the Dyno 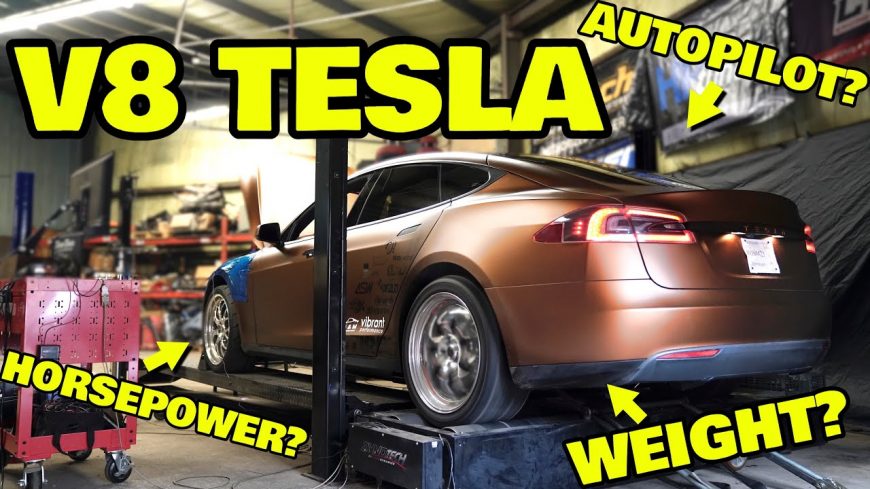 There are so many different builds that show us exactly why it can be a ton of fun to dabble in the world of engine swaps. You never know what exactly it is that someone is going to put together in their garage with a little bit of know-how and a nice set of tools. The possibilities are pretty much endless as the final product is restricted only by the creativity of the individual behind the project.

When it comes to Rich Rebuilds, if we were to judge his body of work based on his latest engine swap, we would have to say that you never know what you’re going to get and you shouldn’t judge a book by it’s cover.

You see, in a world where it seems as if the electric motor swap is becoming more and more popular, Rich decided to go in the exact opposite direction. Instead of taking a Tesla powertrain and shoving it into whatever chassis he could find, this idea took a combustion engine and found it at home inside of a Tesla Model S.

When all is said and done, everyone who has wanted to see what it would be like to watch a Tesla under power from an LS engine we’ll get to live their dream.

This time, we check in as Rich has gotten the car running and has actually elected to take it to the dyno to see exactly what the machine can do. In this particular demonstration, we learn a little bit more about the car and about tuning it.

By following along with the video below, fans of the LS powered Tesla will get to catch up with the latest step in the journey. For those who are new to this build, welcome to one of the most insane things that we’ve seen on YouTube in quite some time.

« Built vs Bought Drag Racing – Which is Better?