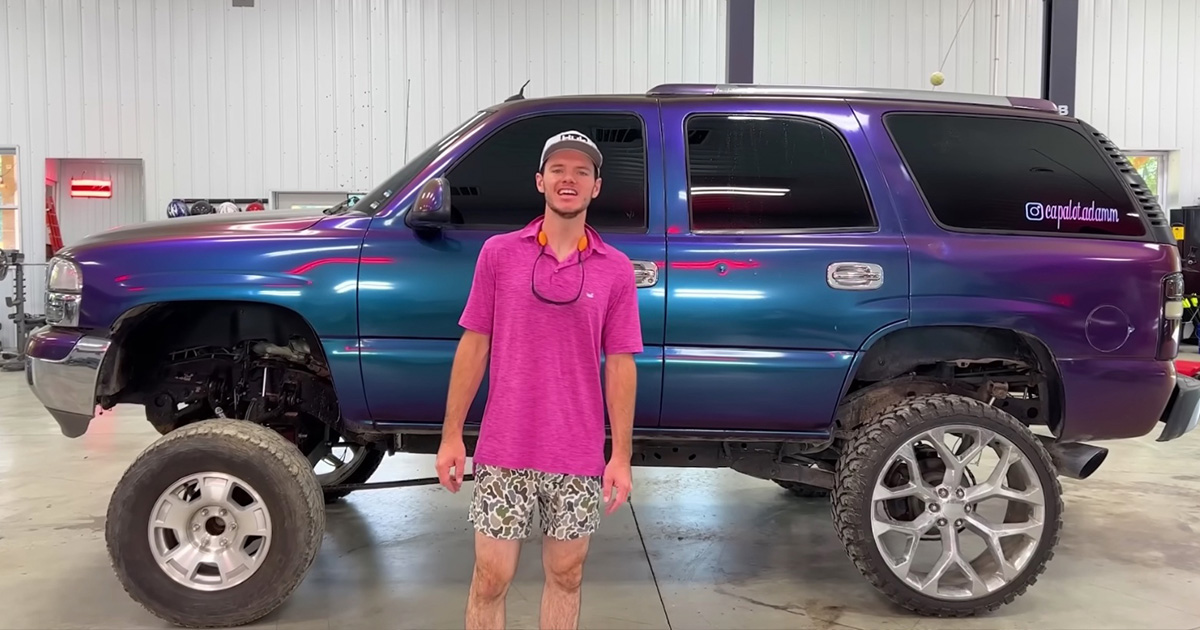 For those who are unaware, there’s a hero among us posting on YouTube who has taken on the mission of destroying the world’s population of squatted trucks. This hero goes by the name of  WhistlinDiesel and makes quite entertaining videos after grabbing hold of some of these abominations. In the last case, the particular example of a squatted truck that he got his hands on ended up being sent to the shredder where it would later be sold in jars.

This time, we check in with the creator as he got his hands on yet another version of a deformed truck. This time, it’s a GMC Yukon that has quite a gaudy slew of modifications from the squatted look to a fuzzy headliner and a flamboyant wrap.

This particular flick kicks off with a little bit of a skit comedy as our host channels his inner Leonardo Decaprio to take on the role of a squatted truck owner. From the personality to the clothing choices, the skit really tries to embody what type of person only installs half of a lift kit on their truck.

After producing a couple of laughs, the video gets a little bit more serious as we then proceeded to go through the truck to see what was left behind and how exactly it was modified. Inside, our host finds a street sign, a sock with a Playboy logo on it, and of course, a bit of unfinished McDonald’s meal that’s getting pretty ripe.

The video wouldn’t be complete without the crew getting a couple of samples from inside of the truck and taking them to a lab for a bit further analysis. As fans of this sort of content, we can only hope that this truck ends up in jars for sale just like its predecessor.

« Lizzy Musi – “Bonnie Will be Back” Following No Prep Kings Wreck