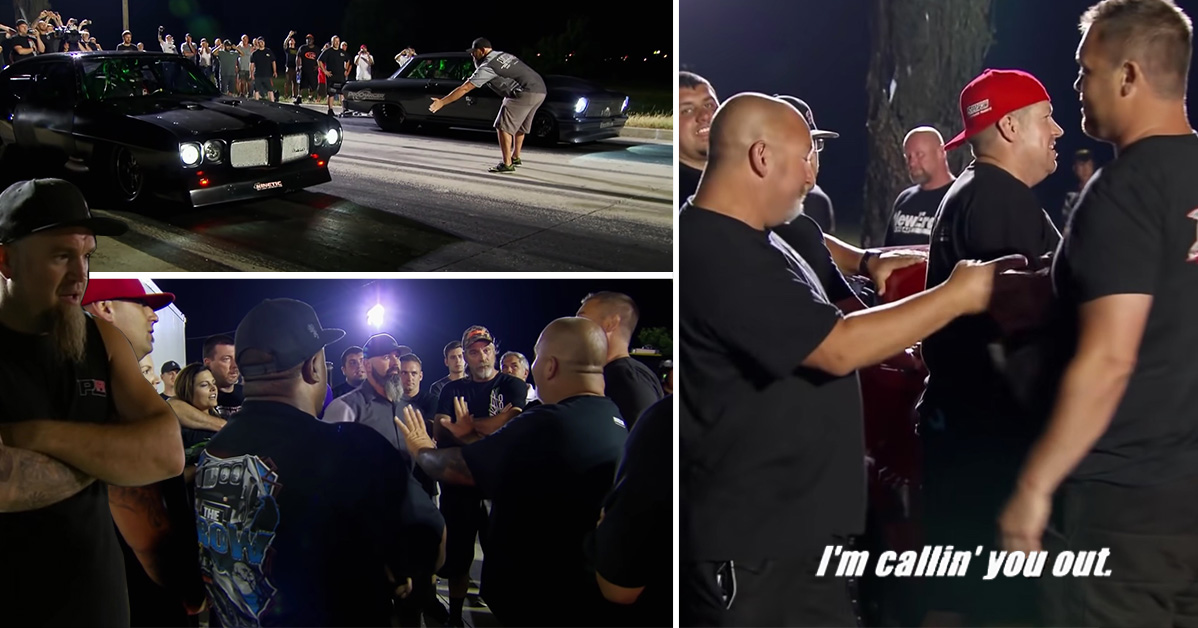 It doesn’t matter if someone is racing for the first time or if they’re throwing down on the streets on national television during an episode of Street Outlaws. One thing that any seasoned veteran in the world of street racing will tell you is that street racing is nothing short of a game. Sure, you have to be faster than the other guy to win. That’s only part of the picture, though. There are a lot of hustlers out there who will try to bend the rules just a little bit in order to make things more favorable for their situation. In short, if you’re not willing to hustle a little as well, you’re probably going to get stepped on.

This time, we check in with a situation that got a little bit heated. Apparently, during this episode of Street Outlaws, Ryan Martin and Chuck Seitsinger took issue with the idea that a couple of front runners on the list were playing a game to keep their position.

As the storyline lays it out, it seemed to be awfully convenient that Daddy Dave and Big Chief would continually race each other for the top spot and following the race, the loser would conveniently have issues with their car, preventing a call out from a lower list member. At least this was the case if you were to ask Ryan and Chuck.

Therefore, the two would end up coming up with a strategy in order to try and topple the top two members of the list. This strategy wouldn’t go without a little bit of blowback from their fellow competitors, though, as a couple of people got a little bit upset. I guess at the end of the day, Chuck and Ryan figured that you need to break a few eggs to make an omelet.

Down in the video below, we check in with this situation and how exactly everybody is trying to play the game to make their way to the top.