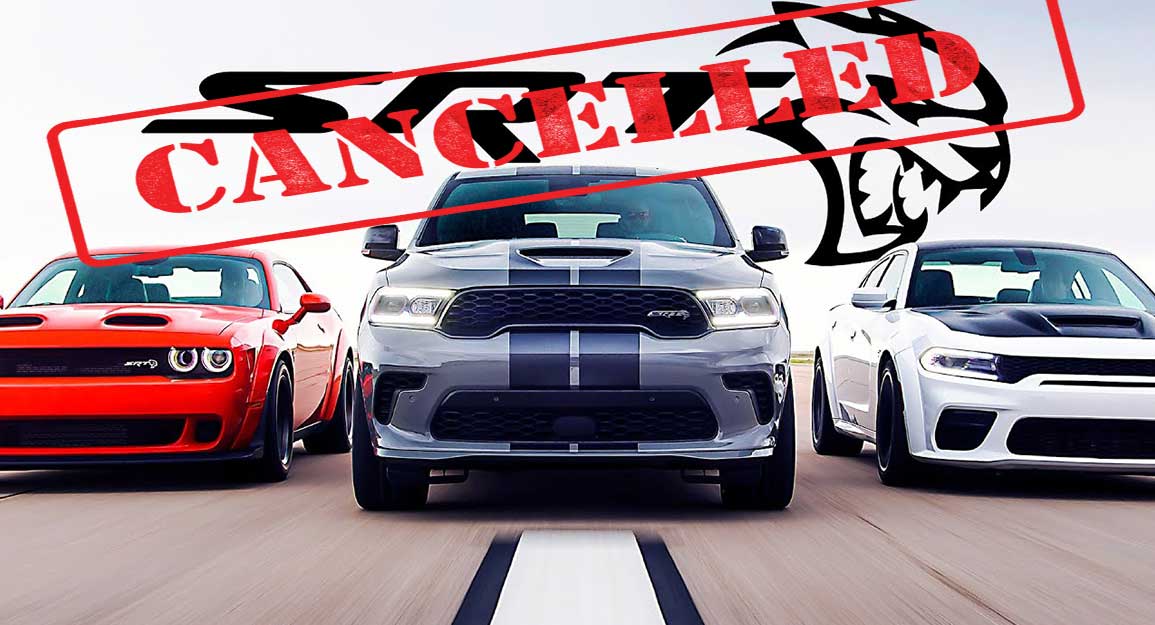 When the rumor mill begins to heat up, sometimes, things have a way of getting interesting.

Some of the most recent rumors surrounding the performance Mopar community relate to the dissolution of the SRT team. While it sounded like a bit of clickbait, we are here to confirm that the rumors are true but it might not be what most are thinking, at least not yet.

Dodge are plotting the road to 2024 with their 24 Months of Muscle calendar, counting the days until the end of what has been a successful era for the company. Events already revealed on the calendar include the release of the Jailbreak models and the return of the Direct Connection parts catalog.

There are a further 22 events hinted at on the calendar, suggesting Dodge has plenty more in store before the last call. Dodge’s efforts to hire a Chief Donut Maker are also part of their broader “Never Lift” marketing strategy. Others yet to be revealed are marked with logos hinting at possibilities, such as a tire track driving over a horse, and the company’s Fratzog logo which is now to be associated with EVs.

In the future, Dodge will be moving towards electric drive. The company expects to reveal its concept electric muscle car in the first quarter of 2022, aiming for a 2024 release. Dodge will “do electrification different than everybody else,” said Kuniskis, adding “That’s why I’m waiting until I have all my patents done.”

When we first heard that the SRT team had been broken up, we immediately feared for the worst – Dodge and their compadres would be walking away from performance automobile production. This would be a complete shame because they seem to be the ones going at the segment with the biggest head of steam.

In a statement made by a spokeswoman for Stellantis to Mopar Insiders, we learn that SRT products will continue to be produced til 2024. Those behind them, however, won’t be working together but instead integrated into other teams.

The statement reads “All of the core elements of the SRT performance engineering team have been integrated into our company’s global engineering organization”, a spokeswoman for Stellantis told Mopar Insider. “This action will have the two-way benefit of ensuring that our brands’ SRT and performance-focused product offerings continue to meet the highest quality standards and expectations while delivering key learnings from motorsports and other high-performance-technology applications across a wider mix of our company’s product lines”

“These products have delighted enthusiasts for nearly two decades, and Stellantis will continue to sell and develop the next generation of Dodge//SRT-branded vehicles, as well as Jeep® and Ram vehicles that utilize high-performance SRT technology”, the spokeswoman added.

In other words, it feels like this is just a corporate reorganization. The workers who were dedicated solely to working on SRT branded vehicles will now be scattered throughout other teams instead.

Why exactly this move is taking place is something that we will probably never get a true answer for. It could mean that the brand is so happy with the SRT team that they want their influence injected into other teams. It could be an unfortunate first step in a gradual exit from the performance industry. It could also be attributed to a multitude of other causes.

For now, we can all sleep easy knowing that these high horsepower monsters will be pounding the pavement for the next few years.

« Dude With No Arms Replaces a Clutch With His Feet